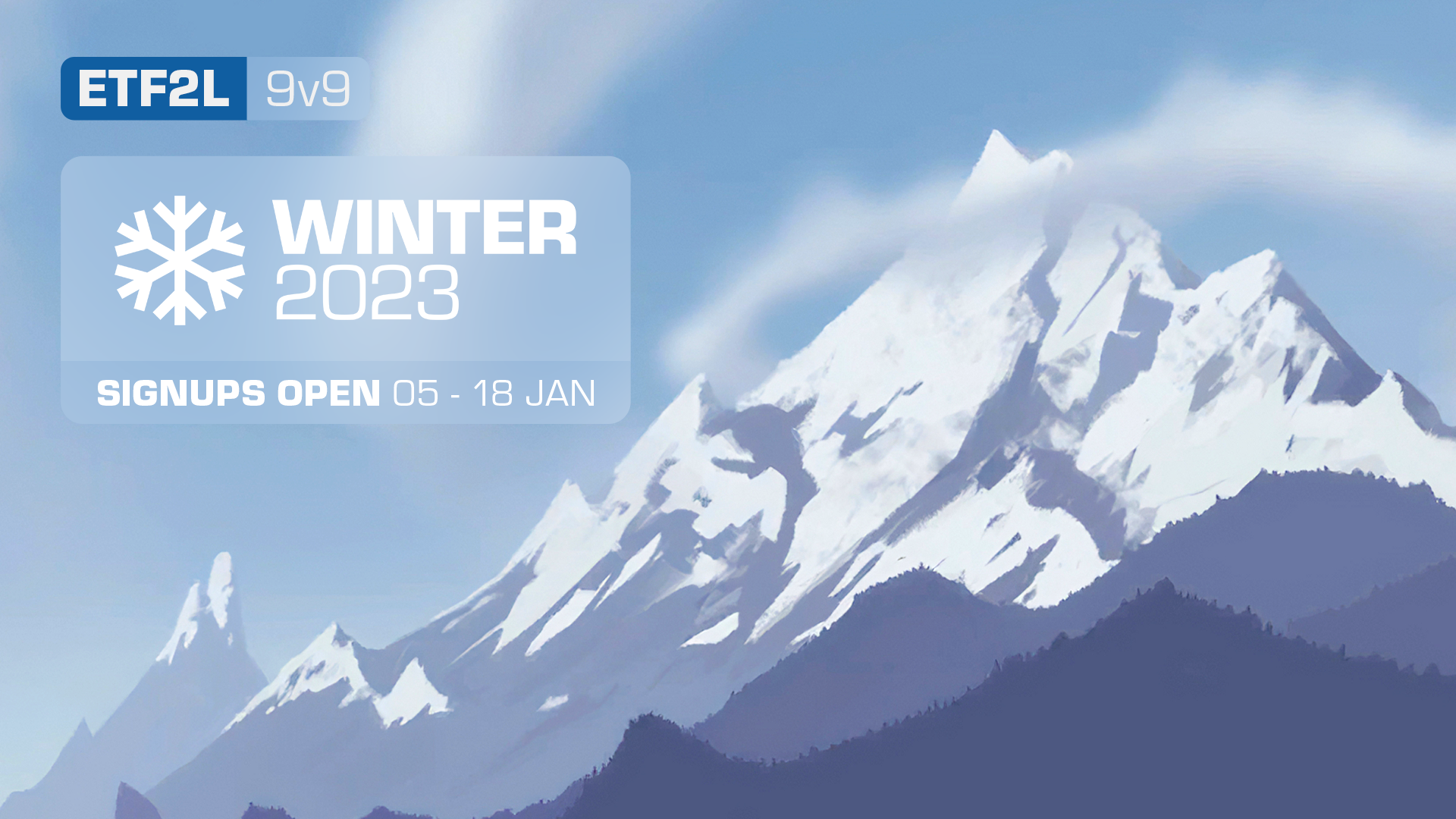 With the Highlander Winter 2023 season around the corner there are some changes to the rules for maps played each week in the top divisions, a change to the whitelist and a list of player restrictions, all of which can be found below.

This season will introduce a new system similar to our most recent 6v6 season with picks and bans of a select set of maps each week during the regular season. Teams will have to proceed to a heavy fist fight if they cannot choose which teams are A and B.

The season will use the usual rules, and the following map rotation will be used:

The following change will be applied during the Winter 2023 Season. An updated Whitelist can be found here and will be automatically executed when using the ETF2L Highlander server configs on a TF2 server.

We are publicizing the player restrictions again, please see the full list per team below. If you think we missed any players feel free to reach out to us on our Discord.