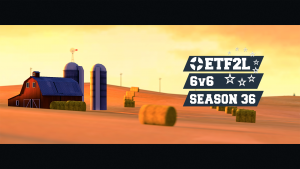 soda
Just going to keep this short but due to various reasons we’ll be delaying the season by another week. We apologize for the inconvenience it may cause for teams.

The exact reasons for the delay?

A couple more technical issues have appeared. This includes, but isn’t limited to:

We also had one of the originally planned premiership signups retract their placement. If any teams are interested in applying for this spot please contact an admin.

We want to spend some additional time on making sure everything on-site is ready for the season to avoid any issues during the actual season.

Together with this various teams have stated that they’re not adequately prepared for the season starting so shortly after the site came back online.

This obviously throws a bit of a wrench into the schedule for the remainder of the year but expect a more thorough write-up on how this will be dealt with in the near future.

As briefly touched upon in the previous newspost there has been an update to the configs. The exact added commands are listed below.