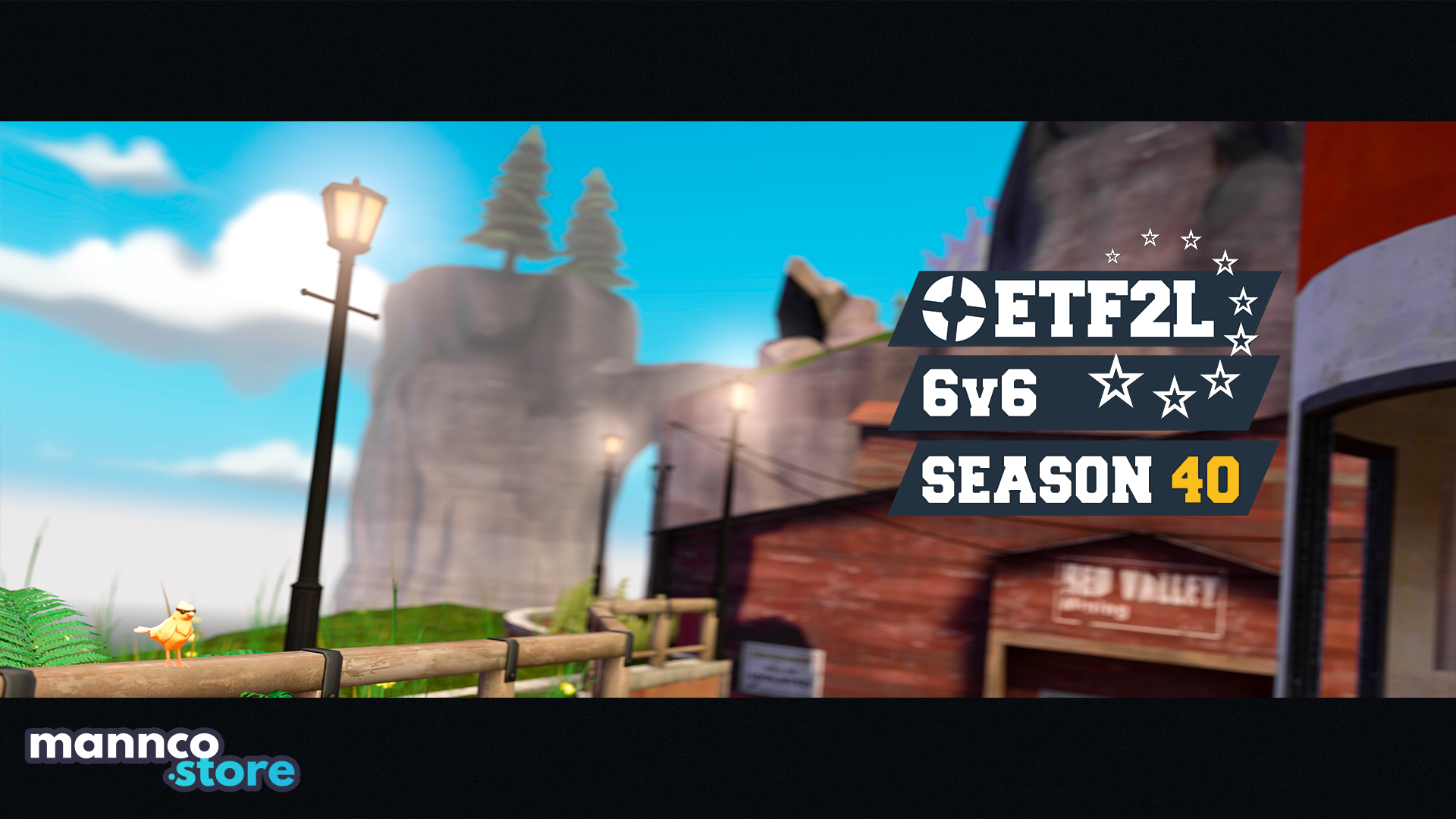 The already confirmed maps for the season are:

We are also adding a new map to the pool (BIG EXPLOSION NOISE):

Finally for map related announcements, we are running a final poll for the last map of the season. This will be between koth_product_final and cp_metalworks.

Would you rather play koth_product_final or cp_metalworks in 6v6 season 40?

Note the following rule changes will not impact Highlander Season 25

1.3.3 Default Mercs:
One merc is allowed by default in all divisions:
– For Premiership, D1/High, D2/High, D3/Mid and D4/Mid default mercs cannot be rostered in a team and/or have experience in the tier that the match is being played in, or any other tier above that. Default mercs cannot be class-restricted. Experience in other leagues is also included. (e.g. A high team will only be able to present a default merc from mid.)

– For D5/Low and D6/Open specifically they cannot be more experienced than the tier the match is being played in (in accordance with [General Rule 3.7]), and they cannot be rostered in a team placed in any tier higher than that of the official match in question. Default mercs cannot be class-restricted. Experience in other leagues is also included.

If you wish to contest the default status of a merc, please contact a League Admin on [ETF2L’s Discord server] so they may decide whether or not the player is valid for the Default merc clause.

“Mercs” or “ringers” are defined as players who are not part of a team’s roster. Players who are listed as “unverified” on a roster also count as mercs if they were listed as such at the time an official was set to start.
Teams may not use a merc at any time during a match unless the player(s) is/are granted explicit written permission to play by the team’s opponents, the team that requested the merc is responsible for making sure that this permission is granted, exceptions to this rule fall under rule 1.3.3 Default Mercs. If a team wants to use a merc, they must contact the opponent before the match starts.

2.1. Every player has to record demos:

After a match was played a team may request demo files from the opposing team up until 48 hours have passed since the official match schedule start time. They can request demos from up to two opposing players, who will then have to provide their demos for all played maps and rounds. A team is only allowed to make four demo requests in a single competition.
Players have to record the entirety of their official matches. Missing segments of any kind (e.g. rounds, halves) can count as a missing recording and may result in a team warning and an infraction for the player. As a rule of thumb, we advise you to check whether you have a demo file recording whenever you join a server, especially after a connection loss or a map switch. Players whose demo files have been requested have 72 hours to upload, starting from the time the request was made. The demos have to be provided by the requested players themselves, teammates cannot upload demos for them. All requested demos up to 100 MB have to be uploaded to ETF2L; links to third party hosts will be ignored. In case there are any issues with uploading demos to our site players should contact us via an admin request.

Only spectators authorized by ETF2L, or for the use of SourceTV, are allowed. Video/audio streaming the first person view of a player during an official match is allowed only if the stream is delayed for at least 90 seconds.

Most common reasons for requesting a pause are:
– One or several players experience a computer issue (game crash, internet loss, computer crash, vocal server died, etc).
– A game update occurred during the official forcing players to update their game and get a new server.
– One or several players don’t feel well.
– Match is not going well and a team wants a tactical pause.

Only the team that originally requested the pause may also request for the game to be resumed. The game may not be resumed under any circumstances without both teams having been given proper warning by the pause requesters.

Each team has the right to one pause per map, and a pause may last no longer than five minutes. However, if explicitly allowed by one of the teams, their opponents may pause multiple times per map and have longer pauses if required.

If your opponent allows a pause longer than five minutes, or more than one pause, you are expected to extend the same courtesy to them.

6.1. Bug-Using is not allowed
A spot on the map is commonly banned if:
– It gives players the possibility to see things they shouldn’t be able to (e.g. looking through walls).
– It gives players a way to shoot others without other players being able to shoot them.
– It doesn’t work on both sides of the map.
Wallbugs are not considered an exploit unless they meet any of the criteria above.

Posted by -Greenghost- in League