Bloodis Leaves the Ship, the Search for New Sailors Is On 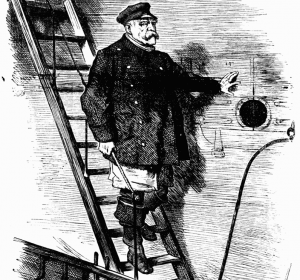 In less than two years since I had joined ETF2L in 2013 as a normal player like everyone of us, I had applied myself to a 6v6 League Admin position that was open in 2015, ever since that day I’ve been able to have an unforgettable experience being a part of this league growing up within the current state of TF2. However from this day onward I will be resigning from my duties of being a Head Admin in the league after being involved in the league for over 4 years, more than half of the time I’ve even been able to play TF2 for.

I’ve always wanted to help out everyone in the league with any concern that has come up a discussion whilst still caring about the top level competition that this game also has, however as I have lost the personal interest to keep that up I still do have high hopes for the current ETF2L staff on being capable to still run everything smoothly. If you do not believe that, then I dare everyone who doubts that to apply to an admin themselves! I know >99% of the people who will read this won’t do so, but I will be positively surprised of that <1% that I hope to see in the trial admin position soon, most hopefully as a proper league admin even.

Anyhow, during my time here I want to personally thank Aoshi, DCS, Sonny Black, Permzilla, Menty, Moist, emb, Amaterasu, Lazybear, soda, Morphine and proky for making my time here as an admin enjoyable. Not to mention the other former and current admins I had not mentioned here, you all are valuable for keeping this legendary project up!

Filling in the gap

Bloodis has been a valued member of staff for a very long time and their absence will leave a hole that will need to be filled. So with that said we’re looking to reinforce our staff with some new league admins. An explanation on how to apply can be found here. If you applied before but didn’t get a response, always feel free to apply again!